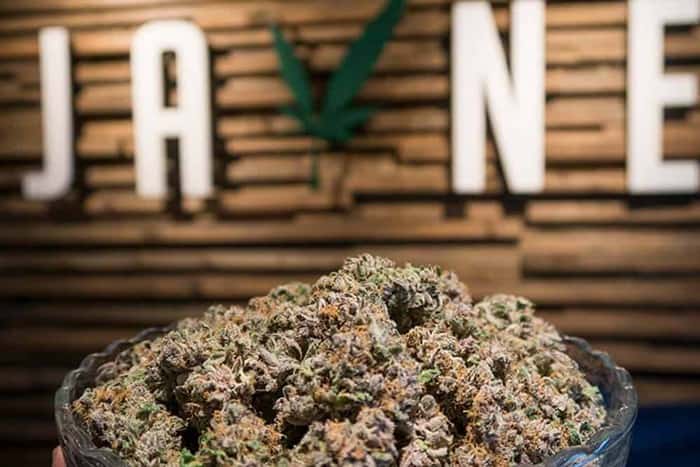 As they do every year, the holidays are rapidly bearing down on us like a runaway train—which makes it pretty difficult to pinpoint ways to share, care, and demonstrate goodwill toward others. Now I’m not advocating going door-to-door singing carols, because it’s cold, and if those guys showed up at my house, I’d turn the hose on them. Instead, many of us prefer to stock up on cannabis products, binge watch the Hallmark channel, and find creative ways to engage in some seasonal giving.

That’s right, it’s time for another installment of Canna Charity, which looks at how you can lift others up while getting high. Last month, we profiled Mind Rite, who are currently benefitting the Oregon Food Bank with their goal of collecting 1,500 pounds of food.

Today, we’re shining a light on Jayne, a dispensary with a distinguished track record of raising tons of dough for charities (by selling “Do Si Do” and other strains). For years, Jayne has supported a different charity every month with a portion of their sales. This year, they’ve narrowed their efforts, and have been working exclusively to support two great charities: Sisters of the Road and Cascade Aids Project (CAP). Founded in 1983, CAP is the oldest and largest community-based provider of HIV services, housing, education, and advocacy in Oregon and Southwest Washington. In 2016, CAP expanded its mission by opening PRISM Health, Portland’s first LGBT health clinic which provides primary care and testing services for the LGBTQ+ community.

Through December 1, Jayne will be collecting new gifts for 50 children between the ages of 5 and 15 who are part of Camp KC—CAP’s one week summer camp on the Oregon Coast for kids affected by HIV. Kids go to experience summer camp magic in a safe and supportive environment where they can be completely free from the stigma of HIV, knowing that every other child at camp understands their situation. The gifts Jayne will be collecting will be handed out to the Camp KC kids during their holiday dinner in December. They’re specifically looking for new gifts like winter jackets, sports gear, camping gear, art supplies, movie tickets, OMSI passes, and more. So help ’em out by dropping off your gift at Jayne (2145 NE MLK).

For the cost of a gram of concentrate, eighth of flower, or a mouthful of edibles, you can support this most worthy of endeavors. Few things will get you higher than giving back to those in our community who will really benefit from your generosity.